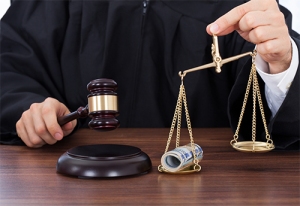 Gordon Burrows has over thirty years of experience handling matrimonial and family law cases. In that time, Gordon Burrows has established case law in a variety of matters, including those related to equitable distribution of assets.

In matters of property distribution during divorce, New York is an equitable division state. Decisions of what and how much each spouse should receive depend on what the individual contributed to the marriage and what he or she needs to move forward following its dissolution. Under these guidelines, distribution of assets may not necessarily be equal, though it must be fair to both parties.

Equitable distribution laws apply only to marital property. This generally refers to any assets acquired while the marriage was valid, though property specifically given to or earned by one spouse is considered individual property. Assets owned before the marriage are an individual’s separate property, unless an increase in value occurred due to the efforts of the non-owning spouse.

Assets designated as marital property may go to one spouse or the other depending on each party’s age, health status, and financial needs. The latter includes care of any children in the marriage and whether the custodial parent will need to live in the family home. Similarly, if one spouse has shown more involvement in a jointly owned business, the court may allocate that asset accordingly.

The courts also consider the degree to which each spouse grew or withdrew from marital assets. Wasteful use of finances may impact a spouse’s share of marital property, as will either spouse’s decision to transfer or otherwise inhibit access to assets in anticipation of divorce.

The court may also consider any other factors that it deems relevant, though a couple always has the option of creating their own settlement agreement. In general, courts are predisposed to accepting these individual determinations.